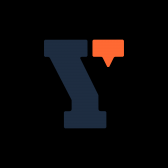 Terms apply to e-commerce and m-commerce versions of YOPA.co.uk

Affiliates may not bid on or use the YOPA.co.uk trademarks to gain preferential listings on Search Engines, Directories or any other kind of online database.

i. Publishers are NOT permitted to promote YOPA.co.uk via PPC.

ii. Publishers are NOT permitted to use any YOPA.co.uk brand terms, including misspells and other variants to gain preferential listings on Google, Yahoo or Bing.

iii. Exceptions to this rule only apply if specific PPC terms are agreed with both the affiliate and YOPA.co.uk.

It is the responsibility of the publisher to seek the advice of the YOPA.co.uk account managers, if they are in doubt.

YOPA.co.uk has a PPC policy in place which requests that our affiliates refrain from appearing on searches for these brand terms:

Any activity that therefore contravenes this policy may result in commission being set to zero and sales generated through this activity declined.

i. Publishers are NOT permitted to use the term 'YOPA' in their display URL's in any text ad, for example:

Unless agreed with the YOPA account manager in advance;

ii. Publishers are NOT permitted to use misspellings, or upper / lower case variants.

iii. Overlays and masked URL's are NOT permitted.

iv.  Pop-ups with an integrated valuation form that include a YOPA-specific tracking code may be suitable in lieu of a click from the publisher's site to www.YOPA.co.uk, if agreed by your YOPA account manager.

i. You must not display PPC adverts that appear in a higher position than those from YOPA.co.uk own PPC Campaigns. If adverts placed by you outrank adverts from a YOPA.co.uk campaign, you should immediately lower the CPC bid upon YOPA.co.uk‘s request.

At YOPA.co.uk we are keen to work with all publishers to accurately promote special offers, discounts and promotions.

The Internet Advertising Bureau (IAB) and it's Affiliate Marketing Council (AMC) have established a code of best practice for the use of online voucher codes. At a meeting of the main UK networks held on 5 November, agreement was reached on a set of key criteria which will make up the code, with an ongoing commitment to tighten these, as the industry grows.

Networks signing up to Voucher Code best practice agree that they will jointly enforce the code of conduct by not working with affiliates who do not comply with the following:

- Voucher Code affiliate publishers must clearly detail the voucher offer that will be revealed by the click.

- A valid code is defined as a code that has been legitimately issued by a merchant for use online. This code will have an activation date and where necessary a deactivation date.

In addition to the IAB's code of conduct, YOPA.co.uk has set out the following provisions for the use of promtion codes and offers.

i. An unauthorised coupon / promotion code is a code that hasn't been communicated via your YOPA account manager. All coupons / promotion codes advertised by YOPA.co.uk, outside of the Affiliate Window network (for example across YOPA.co.uk own social media platforms / offline marketing campaigns / printed media) will be deemed as an unauthorised code if used by an affiliate. Should a customer use or apply one of these coupon / promotional codes to a transaction, it will be deemed that the affiliate is not the last marketing source and any subsequent commissions will be declined.

iii. YOPA.co.uk will decline commissions on all orders when an unauthorised promotion code has been used and will be subject to certain penalties.

ii. YOPA.co.uk will approve all commissions on orders when an authorised promotion code has been redeemed within the promotional period.

Email marketing campaigns must be submitted to your YOPA account manager for approval.

Content marketing campaigns (including written blogs & articles, social media posts, content on forums, infographics, or videos ) must be submitted to your YOPA account manager for approval.

i. Affiliates must raise commission queries via the normal channels within seven days of an expected payment.